This movie is about villains’ soul going into different people’s bodies to commit crime, and how the hero stops him from doing it. Starring Jayam Ravi, Arvind Swamy, Hansika Motwani, Akshara Gowda and Nassar. Directed by Lakshman in 2017.

This classic movie is definitely one of our all time favourites. Inspired by the Aladdin story, this movie is about two friends, Bhaskar and Seenu, accidentally release Jee-Boom-Baa, a genie from an old urn. Jee-Boom-Baa promises to help his new masters as they set him free. Released in 1967, this movie was directed brilliantly by M.V. Raman, with amazing trick shots and animations. Starring Jaishankar, Nagest, Javar Seetharaman and KR Vijaya.

Starring Vishnu Vishal, Miya, Karunakaran, Jaya Prakash, Arya and more. Directed by Ravi Kumar in 2015, the story goes when Elango (Vishnu Vishal) and Pulivetti (Karunakaran) find a time machine, they decide to use it for their benefit. While meddling with time, they prevent a gangster’s death and this lands them in trouble.

Released in 1995, this movie was directed by Prathap Pothen with the cast of Karthik, Gaundamani, Senthil and Sanghavi. This movie was very similar to Rajikantha’s Athisaya Piravi.  When Gopi gets hold of the Book of Death, he uses it for his personal gains. But he is soon pursued by Yamadharman and his enemies, who are after him to learn about his sudden fortune.

With Durai’s direction, the story starts as Kamal’s friends accidentally kill a female serpent, another female serpent follows them and kills them one-by-one, before disguising herself into a human being to kill Kamal. Movie was released in 1979.

Directed by Suresh Krissna, this movie about Rajinikanth will be blessed with Baba with divine powers and Rajinikanth takes it as an opportunity to help the people in his state. Starring Rajinikanth, Manisha Koirala, Gaundamani, Sujatha, Ashish Vidyarthi, Nambiar and more.

Santhanam’s first ever lead-role movie. Released in 2008, this movie about 2 men, who are extremely fed up with their work and non-existent love life, vent their frustration towards God. Affected by their words, He visits them along with a box of power. Starring Santhanam, Ganja Karuppu, Prakash Raj and Madhumita. 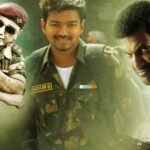 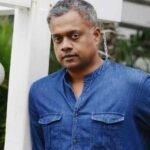