One of the best comedy movies of all time is Avvai Shanmughi. Released in 1996, directed by K. S. Ravikumar. This was one of the favourite movies of Crazy Mohan as he mentioned in an interview. The story dialogue was written by Crazy Mohan himself. This movie was a remake of a Bollywood movie, however Crazy Mohan changed it little to adapt to Tamil.

Another comedy riot by the same team is this movie. K. S. Ravikumar’s direction, Crazy Mohan’s dialogue and Kamal Hassan’s acting, can never go wrong for a comedy movie. Released in 2002, this was one of the hilarious movies of all time.

Kamal Hassan + Crazy Mohan’s second movie together after Apoorva Sagodharargal. This movie proved that this combo is going to make some extraordinary comedy movies in Kollywood. And they proved it right as well.

Released in 2004 and directed by Saran. Another remake movie was changed and dialogue written by Crazy Mohan. This movie has some of Mohan’s trademark dialogues such as ‘co-operation kelvi pattirukelle, athe pannunge’! He is a genius in making this kinda word-plays. Starring Kamal Hassan, Prabhu, Sneha, Prakash Raj, Karunas and many more.

Crazy Mohan does other movies besides Kamal Hassan movies, which was a hit as well. One of them is Poovellam Kettuppar. Starring Suriya, Jyothika, Nassar, Vadivelu and more. This movie was directed by Vasanth and released in 1999. Dialogues written by Crazy Mohan.

Seventh movie in this list with combo of Crazy Mohan & Kamal Hassan. However this movie was not that blockbuster but it did make some decent collections. Starring Kamal Hassan, Simran, Abbas, Sneha, Manivannan, Ramesh Khanna, Vaiyapuri and more. Directed by Moulee and screenplay by Moulee and Crazy Mohan. 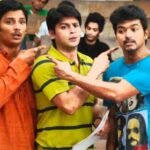 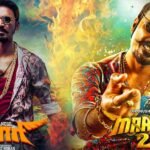