Story about two young brothers from slum, work hard to earn money to get a taste of pizza which was newly opened right next to their slum. But they were stopped buy security guard because of their look, and it hit the media. Movie won number of awards all around world. Directed by M. Manikandan and released in 2015.

This funny movie about two kid. One a bright student name Anbukkarusu, another one Jeevanandam, who is a bit naughty boy who feels jealous when Anbukkarusu begins to get all the attention. Kids will love this movie for sure. Directed by Pandiraj and released in 2009.

Story about a young girl of a poor dad, who work hard to make living for his daughter Chellama. Very heart-touching movie with beautiful songs. Starring Ram, Shelly Kishore, Baby Sadhana. Directed by Ram himself, which was released in 2013.

Second part of Pasanga, his not as good as part 1, however this carries the similar kinda kids story approach. Story about hyperactive kids, then sent to hostel and how parents should tackle this issue. Starring Suriya, Amala Paul, Ramdoss was released in 2015.

Amudha, daughter of Madhavan and Simran, was an adopted kid. At the age of nine, she gets to know that she was adopted and she wanted to meet her biological mother. The parents bright her Sri Lanka in the mid of war-ridden zone to meet her mom. Directed by Mani Ratnam and released in 2002.

Released in 1989, this was 80’s kids one of favourite movie. Starring Rajini, Gautami, Raghuvaran and directed by S. P. Muthuraman.

Story about a young girl’s pet about to sacrifice and she do everything she could to save the rooster. A simple movie which won many hearts. Directed by A. L. Vijay, which was released in 2014 and starring Nassar, Sara Arjun and many more. 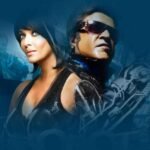 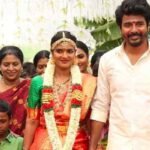