Second movie directed by Selvaraghavan with Dhanush as lead role. This movie about Vinod survived physical and mental abuse in his childhood. When he falls in love with Divya, he gets so obsessed with her that he becomes willing to kill anyone who comes in her way. This is the movie Dhanush proved himself as a shining actor. Starring Dhanush, Sonia Agarwal, Daniel balaji and Nagesh. Movie was released in 2003.

Kathir and Meera’s relationship is at stake when he starts receiving private videos of her from an anonymous blackmailer. Eventually, he is determined to get the root of the issue. Meera dies after jumping from a building. Directed by Ranjit Jeyakodi and starring Vijay Sethupathi, Gayathrie and Mahima Nambiar.

Directed and screenplay by Gautham Menon and this movie was released in 2011. Starring Veera Bahu, Sameera Reddy, Ashwin Kakumanu, Samantha Akkineni, and more. Story about a guy who turned into a psychopath killer due to child abuse past.

Released in 1993, this movie starred Kamal Hassan, Farheen, Sivaranjini, Nassar, Chi Gurudutt and more. Directed by GB Vijay. Story about Pop singer Inderjeet (Kamal Hassan) is the main suspect after his female fans are killed by a serial killer. Divya, whose sister was a dancer in his troupe and the first target, comes to the city to find the killer.

Another psycho thriller by Kamal Hassan, probably one of his first movies in this genre. Directed by Bharathiraja, this movie was released in 1978. Finding it hard to put his dark past behind him, Samar grows to despise girls and indulges in women trafficking. Arrested and put in an asylum by the police, he falls for a demented lady prisoner. Starring Kamal Hassan, Sridevi, Goundamani, Vadivukarasi and more. 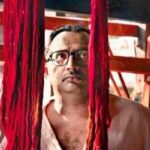 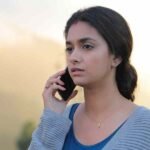